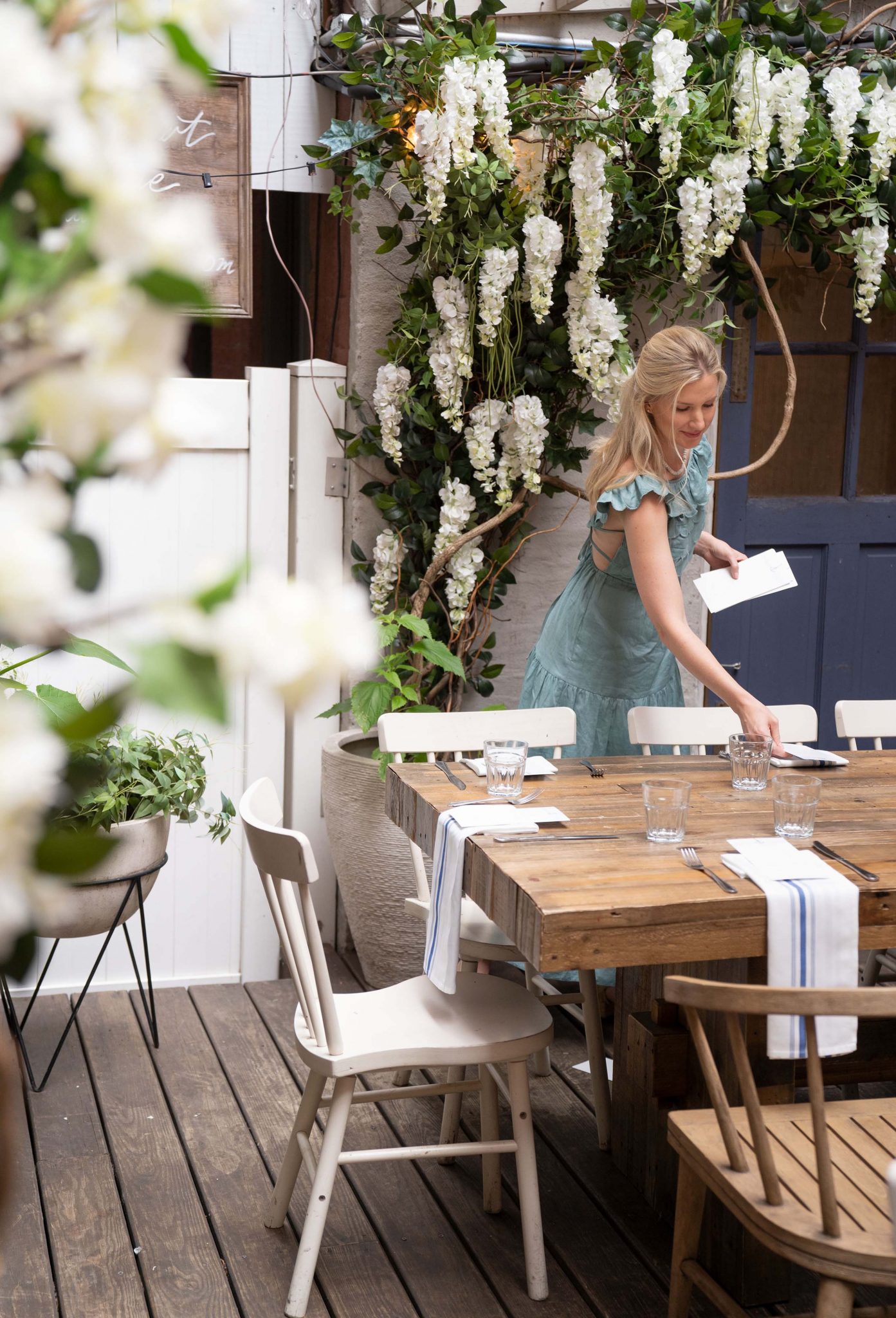 The perfect nautical themed baby shower, right down to the last detail.

All The Blue & White

I’m so excited to finally be able to share a peek of the baby shower I threw for my girlfriend Carly, along with her sister Stacy, and sisters-in-law Danielle, Katie, and Taylor last week in New York City! The shower was an absolute dream, and turned out better than we could have hoped for, but most of all, our guest of honor was just glowing the entire time, which made it all worth it!

Carly wrote a really sweet post on the shower, so you’ll have to hop on over there to read that, but I thought I’d share a few of the little details here with you since so many of you asked! I was honored to be a part of this special event, and am just *so* happy with the way it all came together in the end.

P.S. Here’s a peek at the garden party themed baby shower I threw for my sister last year if you need more inspiration!

This was my very first time throwing a shower that was out of state, and I thought it would be a little more tricky than it actually ended up being. I am incredibly grateful that we landed on Maman in Soho for the event. When I started chatting about baby showers with Carly, I asked her if she could have it anywhere where would she like it, and she mention Maman! So I reached out, not thinking we were going to be able to make it a reality, but I was so surprised at how seamless it all worked out. Not only did they have an event space, but they also had great food and drink options, and we were even able to order a cake! It truly was the perfect spot.

I will say: if you are planning a shower outside of your home or in a different state, try to find a location that is already pretty and fits the theme of your shower. And I can’t tell you how much easier it makes literally everything. I am a control freak when it comes to party decor, and I rested easy knowing that even if we just brought ourselves, the venue would be pretty. Also, when looking for a venue location, don’t be afraid to think outside the box! Call around and see what your options are: coffee shops, cafes, gardens, even plant nurseries!! Our local plant nursery has a small event spot! Talk about a venue that is already pretty. There are options, sometimes you just have to dig! I will say we totally lucked out with Maman.

Much like my sister’s invitations, I wanted to do the invitations for Carly as well. I started off Ashley Brooke Designs and my career as a custom stationery designer, and pulling out my sketchbook always takes me back to such a sweet place. I had so much fun illustrating all of the sweet little nautical details, and loved the way the invitations came together. They just felt so very Carly. 🙂

We ended up using that little sailboat for the candle stickers (which we will get to in a minute!) and the anchor for the menu cards!

Also I wrote a post a few weeks ago about sourcing vintage stamps (you can read more here). It’s just a small little thing that I really think makes such a fun impact. To me, it’s all about the little details that really make a party feel thoughtful!

Katie, Carly’s sister-in-law, did the flowers for the shower and gosh, they turned out so pretty! She went to her local wholesale florist and did the flowers the morning of the shower and honestly, that’s the way to do it. I will say, any shower I’ve ever thrown, I’ve gone through a wholesale florist; do some google searching to find florists near where you are throwing your shower and put in an order. It will really save you in more ways than one!

The girls and I decided it would be a really nice thing to do a party favor since so many of the guests attending the shower were coming from out of town. We racked our brains over a zoom session one afternoon, and landed on custom candles! I really like doing a gift that isn’t necessarily edible since so many people have food allergies, etc. So I’m always trying to think outside of the box, like nail polish, or a small plant…something everyone can use! I actually ordered custom candles from Southern Bungalow Co (the BEST candles!) last year as my corporate gifts, and I just *loved* the way they turned out, so I pitched it to the girls! They were all in immediately. I picked a scent, put together stickers, reached out to Susan, and she did the rest!

And last but certainly not least, the custom latte stencils! I got a Cricut earlier this year, and as soon as it came in, Carly texted me and said I had to make latte art stencils with it and my first thought was, “OMG I’m doing this for your shower!!!” Here’s a little video of how I did it, but honestly they really turned out so cute. I made a little sailboat and anchor and had the restaurant just sprinkle cinnamon on top of each drink. Such a fun, instagrammable moment!

All in all, the shower turned out perfectly, and I wish we could do it again next week. Carly is so easy to celebrate, which made the day all the more fun. PLUS, I got to see so many of my friends for the first time in forever. Definitely an unforgetable afternoon!

Also, it goes without saying, but I couldn’t have done this without Stacy, Danielle, Katie, and Taylor. Truly these women are not only creative, but so incredibly thoughtful and resourceful. I feel like the five of us, together, make the shower dream team! Fingers crossed we will get to throw another shower together again soon.

*Last two photos are by Kelly, the rest Ryan took before the shower started!