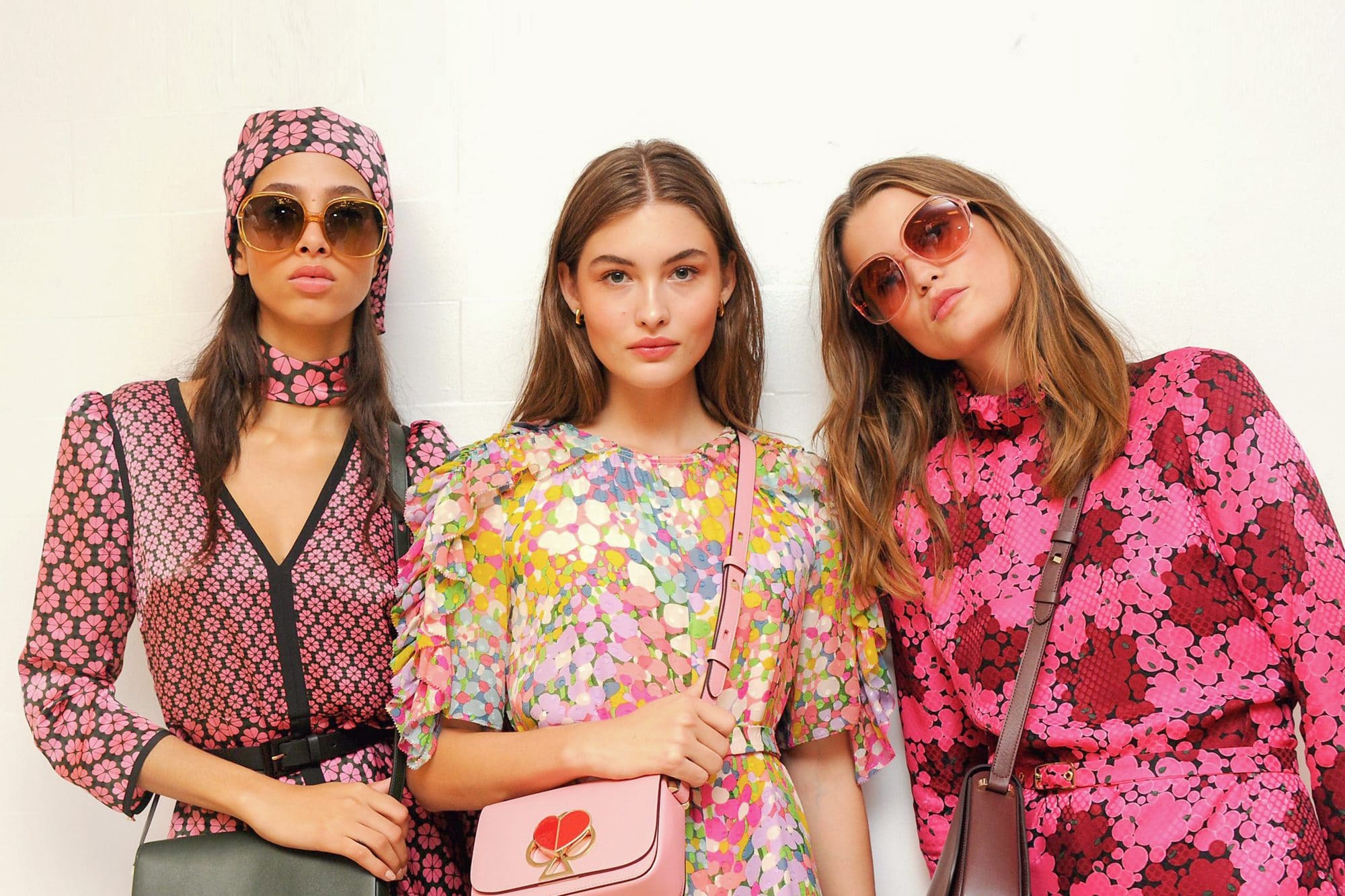 A recap of my whirlwind trip to New York Fashion Week with ESSIE and a behind the scenes peek at the show of the year, Kate Spade.

Two weeks ago I received an e-mail from ESSIE inviting me to be their guest at New York Fashion Week…and I was less than “cool” about it. When I got THE e-mail I was at a coffee shop and nearly spit out my latte!!  Me?  Fashion Week?  With my favorite nail polish brand?! Yes, yes, and Y-E-S. But before I signed on the dotted line, I needed to make sure I could make it a very quick trip as I didn’t want to be away from Ryan too long during treatment.  Honestly, it was almost a dealbreaker, but ESSIE was more than gracious and helped me squeeze NYFW into 24hrs!

If there was one show I was hoping to see, it was Kate Spade. Everyone was talking about how it was going to be extra special this year in honor of the late Kate Spade. It would also be their very first runway show. They always host a presentation at Fashion Week, but never an actual show.  So to say it was a coveted ticket this year would be a major understatement. When ESSIE told me I would be attending I promptly had a fashion induced heart attack – as one could imagine. 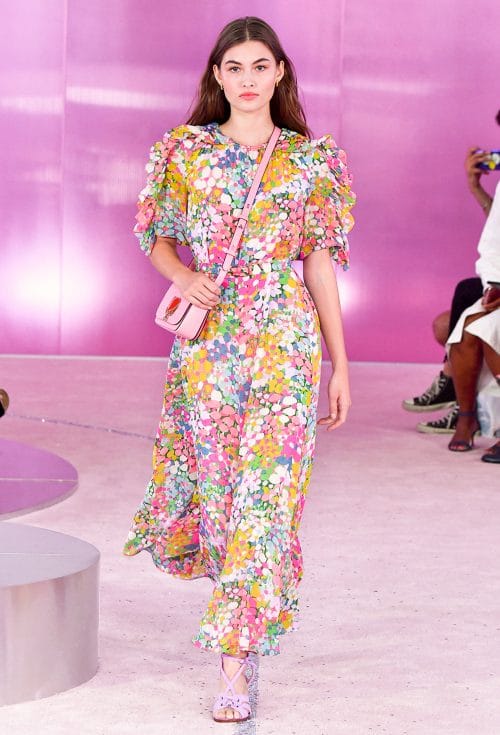 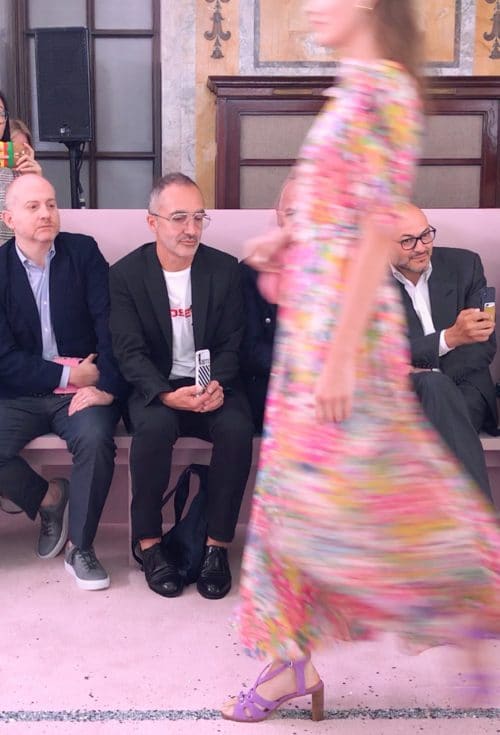 Cut scene to last Friday as I waited in line at the New York Public Library with all of the other lucky ticket holders. It was such a surreal experience to be there and amidst all of the GORGEOUS people. The outfits were unreal (like, OMG so beautiful) and I was so thankful my BFF Carly was there so that I had someone with whom to chat excitably. As we waited in line, people watching and catching up, I started to get nervous that I’d get to the front and they’d say, “you’re not on the list!” Fortunately, that didn’t happen and a few moments later I was inside trying desperately to hide the fact that I was FREAKING out. 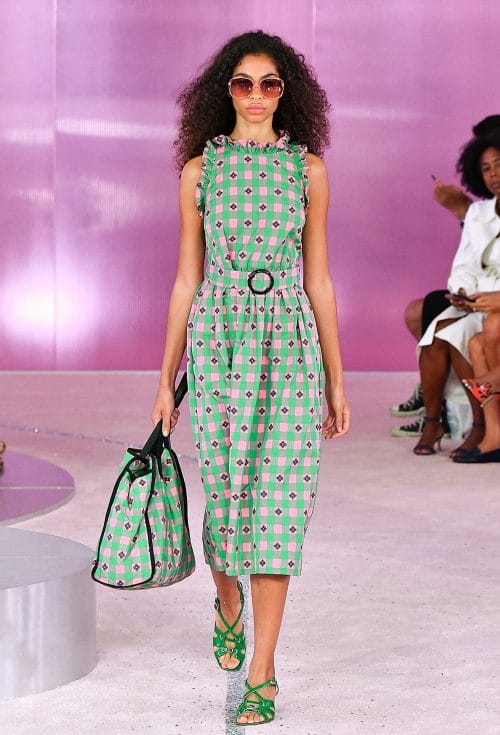 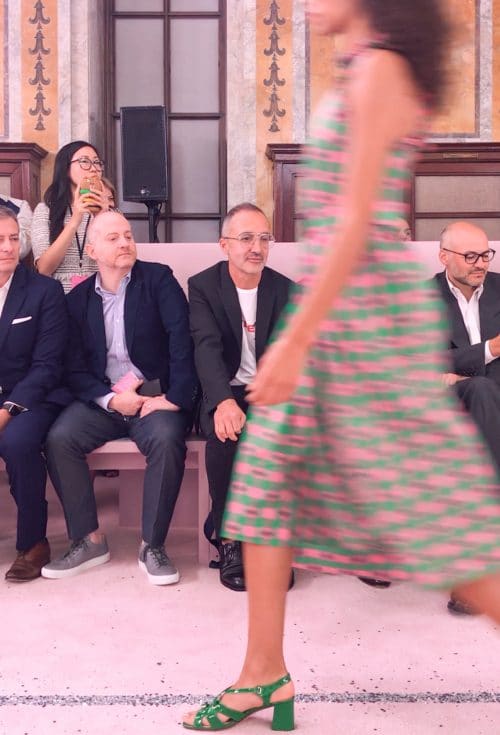 “She left a little sparkle everywhere she went”

The show was held at the New York Public Library in a gorgeous room covered top to bottom in pink. There were pink carpets, glitter, and giant globes hanging from the ceiling. It was perfection!

At each of our seats, there were little cards that read, “She left a little sparkle everywhere she went” in memory of Kate Spade. It made the entire show feel incredibly important. We all had goosebumps the instant the music started playing. The show itself was everything you would have imagined. Feminine, charming, colorful, and fun. The runway was filled with glitter and as the models glided by the “sparkle” swirled at their feet. It was breathtaking and, well… special. It is a memory I will never forget. 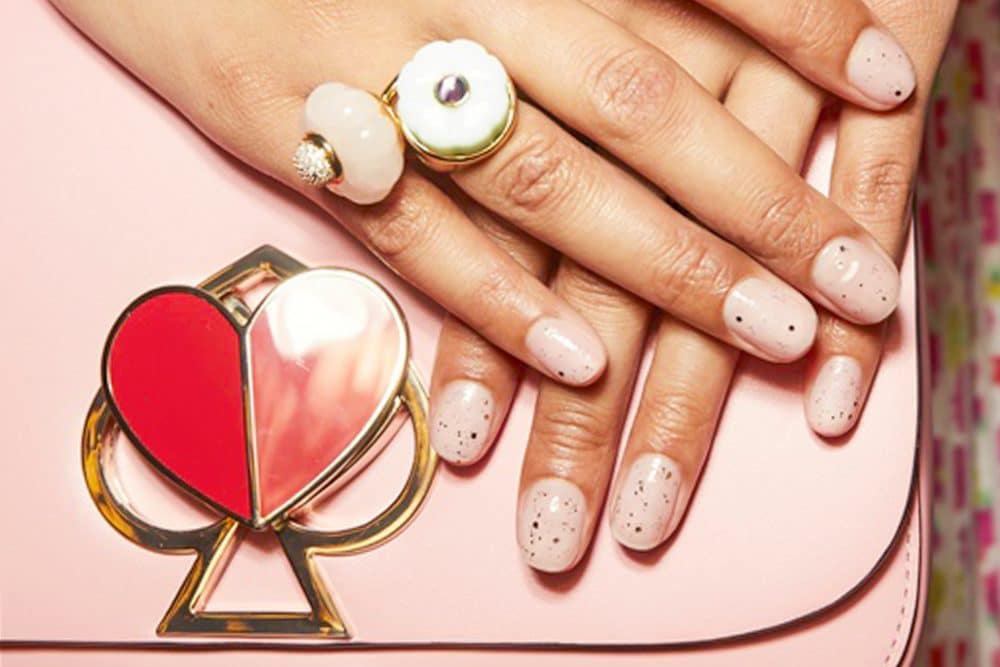 One of my favorite things about attending the show with ESSIE is that I got the inside scoop on all things beauty. This year ESSIE did a play on “she left sparkle everywhere she went” and gave all the models manicures using two of my favorites from their line, Skinny Dip and Summit of Style. It turned out to be a very subtle and a VERY Kate Spade look. I am honestly considering trying it out myself! 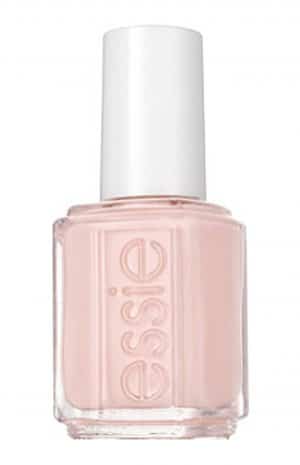 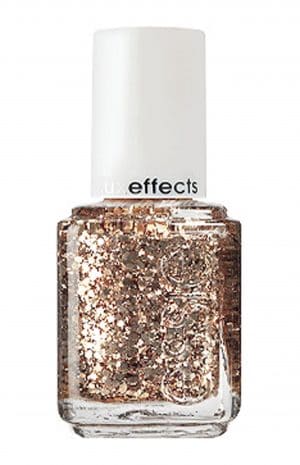 Pro Tip: After talking to the ESSIE team, they told me that they only used the small sparkles and not the big ones in “Summit of Style”, so if you are going to try and recreate this look, keep that in mind! 😉

My outfit and Polish 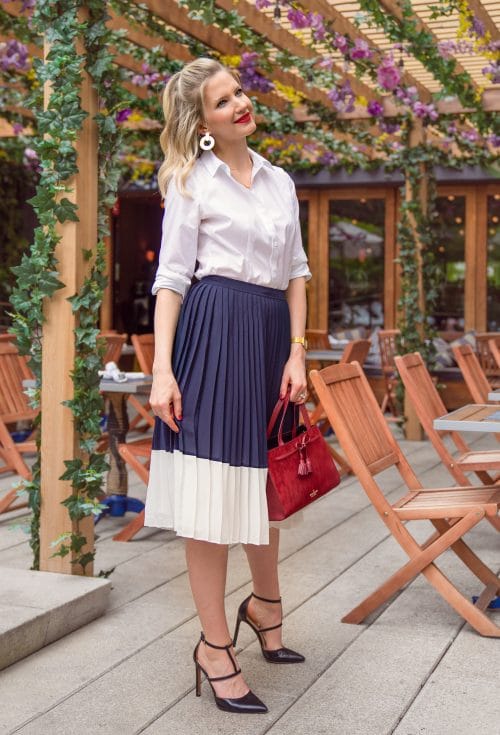 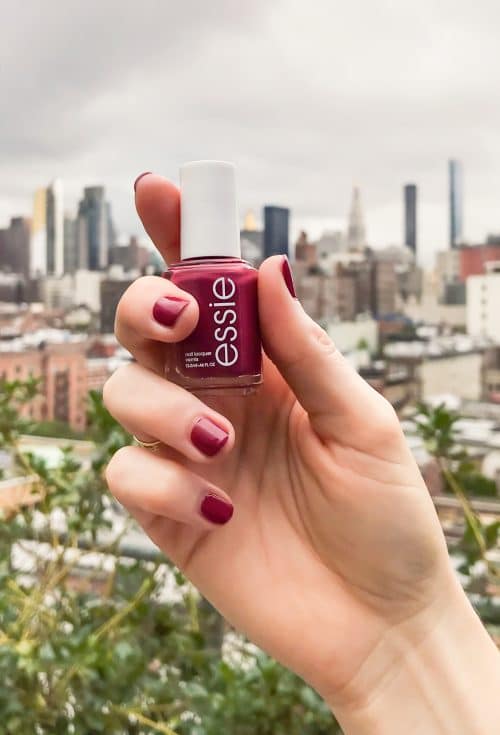 I left my hotel at 7:30AM and headed to the ESSIE suite for hair, makeup, and nails (I went with the color “stop, drop, and shop“) and got back to my hotel at 12:30AM. If that isn’t a full day of NYFW magic then I don’t know what is!