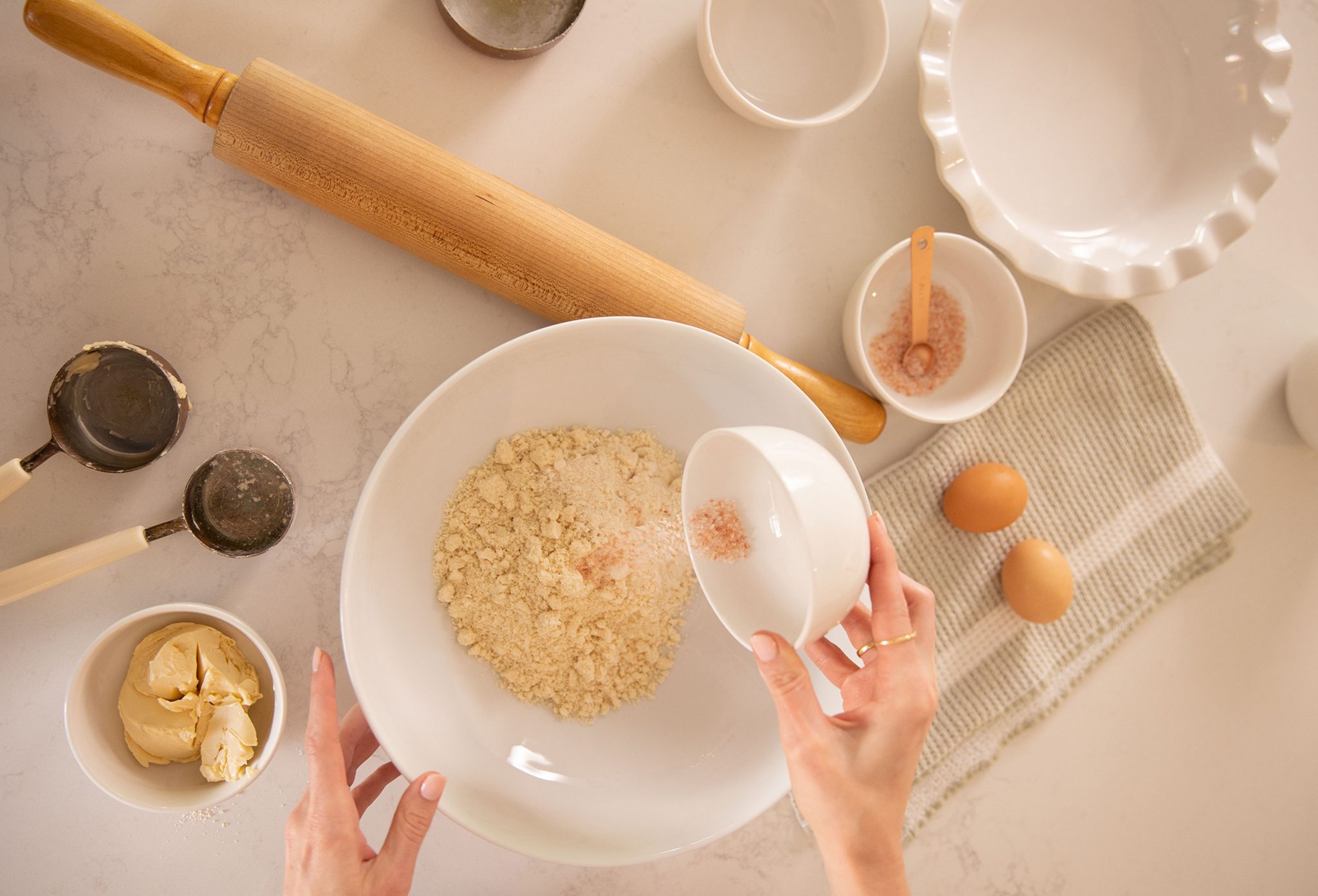 The search is finally over.

Not to be totally obnoxious or anything, but guys, I think I have actually found the best GF/DF pie crust recipe. This has been years in the making. I have made what feels like a hundered different pie crusts over the years to have them all just turn out, well, blah. Either not enough flavor, or too tough, or too crumbly–just “too” something that wasn’t quite right. And then on Easter I stumbled accross a recipe that actually sounded promising.

I found this recipe by Paleo Running Momma and thought, this looks good! But I didn’t have all of the right ingredients for her exact recipe so I made do with what I had in the pantry and hoped for the best.

To be honest, after years of making subpar pie crusts, I figured it would get the job done, but I had zero expectations. But then I took a bite, and Ryan looked at me and legitimately said “wait, Ash, is this GF/DF?” because it was that good, and he was worried I was eating something that would make me sick… Ha! I promise you I could have sat down and eaten the entire crust by itself, truly so good. Also, to be fair, the crust is my favorite part of any quiche or pie, so this was truly thrilling.

Anyway, I’ve now made it twice since Easter just to make sure I am not crazy and that it’s actually good, and y’all, I’m not crazy. It’s GOOD. So without further ado, I present to you: the best gf/df crust I’ve ever made!

Mix all of the ingredients together except the egg in either a bowl or food processor. You should have a thick breadcrumb consistency. Then add in the egg to form the dough.

My favorite thing about this dough is that it isn’t precious! Some doughs are tough to work with, but truly this one isn’t. I have tried both ways of rolling it out refrigerating it for 30 minutes, then placing into pie dish, and then also just smooshing it into the pie dish. Honestly, it comes out the same either way! So, you do you.

Once you have the pie crust in the dish, take a fork and and poke the entire bottom of the pie crust, then just pop it in the oven!

And that’s it! I’m so excited for you to make this one.

*Recipe adapted from Paleo Running Momma, she has tons of great recipes!

It's that time! We are discussing THE BODYGUARD ov

Are you loving August’s book, THE BODYGUARD?! It