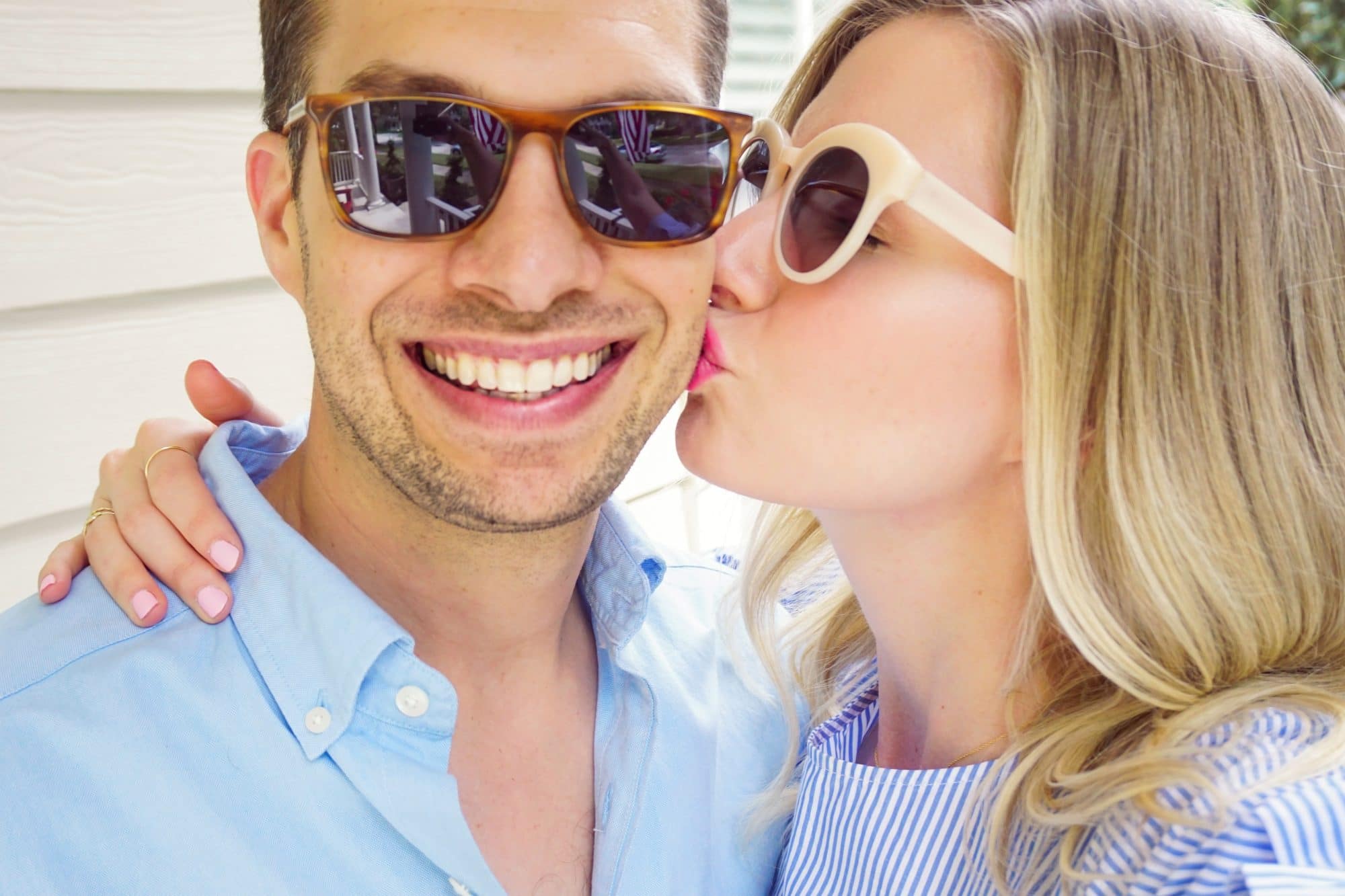 Today is another episode in, "I sat down to write a post and this is what came out instead." 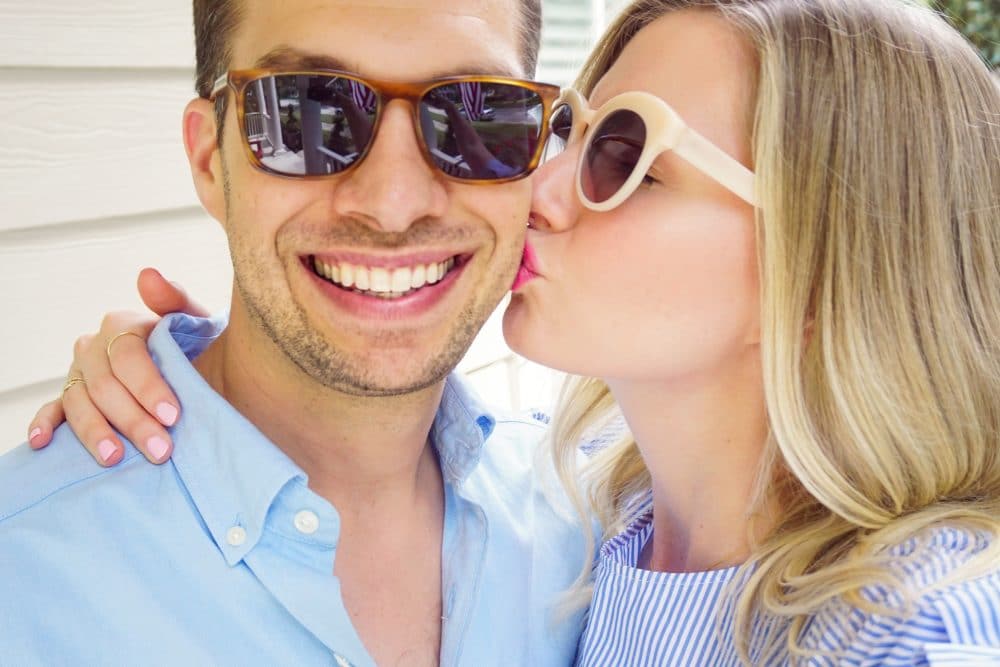 Today is another episode in, “I sat down to write a post and this is what came out instead.”

I had every intention on writing a post all about my favorite Target finds of the moment… and don’t worry, that’s still coming because I found some AH-MAZING things… but I couldn’t write it today. Instead, this is what came out…

I’m currently typing as I sit on our couch with the afternoon sun shining through the windows while Dolly fights with my computer for her preferred spot on my lap. She keeps batting at the keys like a cat, which is both comical and supremely annoying. I’m also balancing a hot cup of coffee which is proving to be a feat within itself. It’s the first afternoon in a while that feels calm in a good way, not in a “calm before the storm” kind of way, because let’s face it… we are already in the storm. ha.

Life around here lately has been less than boring, but at the same time extremely, painstakingly, slow. I receive e-mails, DM’s, texts, and comments daily from people wanting an update on our lives as we battle cancer and, to be honest, I’ve had the hardest time knowing what to say.

Cancer is hard. Like really, really, really freaking hard. Chemo wreaks havoc on your body and watching someone you love deeply go through it is the cruelest form of torture. I’m sure of it. BUT, it’s also beautiful. Now don’t get me wrong, I/we want this season to be over, like SUPER OVER, but we’ve made a pact to soak it all in and seek the goodness along the way. When one of us is feeling like we want to give up, the other says “let’s find the good” and so that’s what we’ve been doing. Finding the good. Searching for it. Seeking it. And holding on tight to it.

Ryan is the strongest person I know and I promise that’s not a biased opinion. I’ve truly never seen anything like his strength in hard times. He’s superhuman. He walks into chemo treatments with a smile on his face, ready to fight, not the least bit delusional.  Even on his hardest days, and trust me, we’ve had hard days, he will say how thankful he is that we get to do chemo. When he’s shaking from the pain, drenched in sweat, he’s still a light. He’s everything I want to be and more.

During his treatment we’ve had ALL the side effects.  You name it, we’ve been through it. That side effects booklet (yes BOOKLET) they gave me before the first treatment has become my new best friend. I find myself flipping though it daily thinking, “there is no way this is normal,” only to find out that, yes, toooootaaaalllly normal. This awful thing that’s happening is, 100% a-okay and to be expected. It’s bizarre. And even though we’ve done all the things, including calling the emergency oncologist (multiple times) at midnight panicking, most days you wouldn’t suspect a thing. He wakes up and says it’s a new day, let’s do it, and that’s just what we do, not knowing what the day will bring.

We’ve worked almost every single day, we go on long bike rides, have movie marathons, play board games, and sit on our front porch and watch the sunset. It has been magical and horrible and good.  That’s the only way to explain it. I’ve loved every second I’ve been his partner in this fight. Even on the days where I want to scream because it’s so hard, there is nowhere I’d rather be. Like I said, it’s hard and it’s good, but most of all, it’s life.

There is nothing surface or normal about what we are walking through.  We are arm and arm in the trenches and making it. We have stories to tell that would make you sob and some that would make you laugh till you cry. We are quite literally in the midst of our great story.  When we sit back and really see it for what it is, it feels big, worthy, and good. I’m proud of our fight.

I’m thankful for such a positive prognosis and light at the end of an extremely dark tunnel. I’m thankful for the conversations I’ve had with other patients receiving treatment alongside Ryan. The stranger’s hands I get to hold, their stories I get to hear, and their pain I get to share. There is nothing that will ever replace that connection, that emotional depth and growth. It’s the kind of life people who are really living live, the kind of life that can only begin in a chemo chair.

People often tell me that your life will start again after treatment, once Ryan is in remission, come Winter, our life will be ours again. But that’s where I think they’re wrong. Our life has never been richer, deeper, or more beautiful. Harder? Absolutely. But richer nonetheless.

Logistically, we are looking forward to Ryan’s PET scan after his next chemo treatment, which will tell us whether we will continue with chemo or move ahead to radiation. Our prayer is to put chemo in the past, but time will tell. Also, the wonderboy that he is, he’s still holding onto most of his hair…But at his current fallout rate, we think those days are limited ; )

It's that time! We are discussing THE BODYGUARD ov

Are you loving August’s book, THE BODYGUARD?! It